In 2000, Ocean Spirits implemented a research study in the north east of Grenada with the aim of evaluating the current status of leatherback sea turtle nesting population. While sporadic studies in previous years had identified nesting activity in Grenada, data collected by Ocean Spirits since 2000 has shown that the nesting site found at Levera beach alone is home to one of the top three populations of nesting leatherbacks in the region. Results from this initial study also revealed high levels of illegal egg poaching, which exceeded 90% poached nests at some sites. Ocean Spirits is actively tackling this issue and has considerably reduced this threat to <5% on the main index nesting beach, Levera Beach. 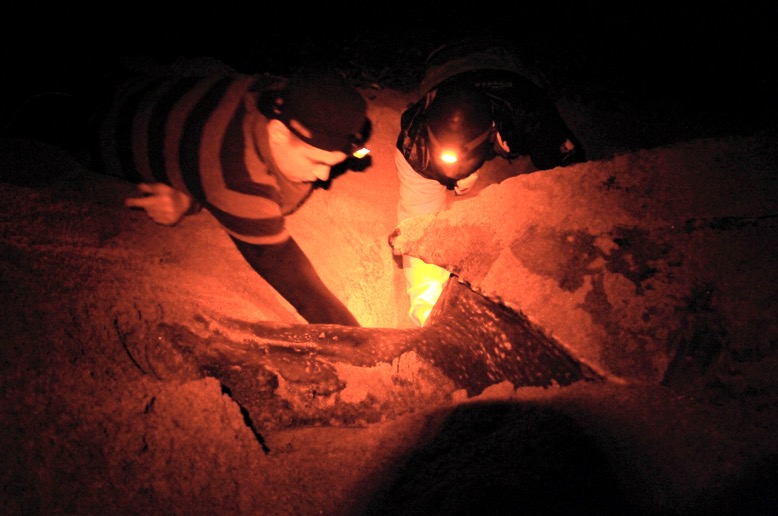 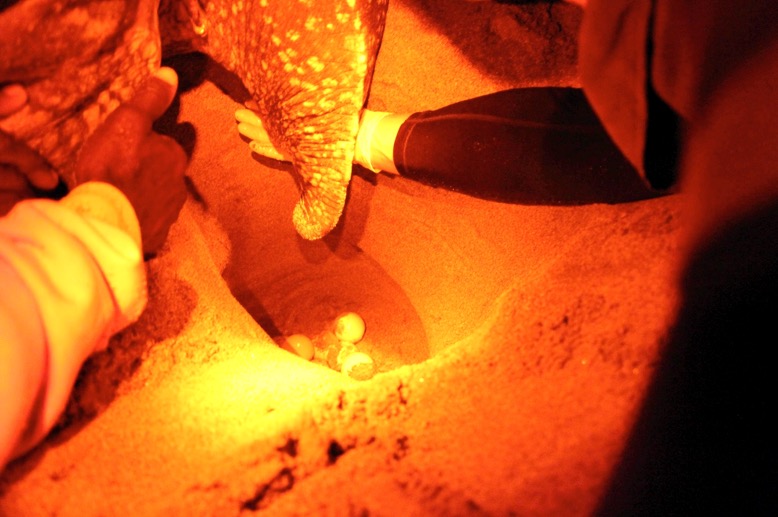 Working with the Government of Grenada and with expert scientific advisors from the Wider Caribbean Sea Turtle Network (WIDECAST), Ocean Spirits initiated a saturation tagging programme in 2002 in order to begin to study the number of individual nesting females visiting Grenada. While only spanning 750m in length, Levera beach continues to prove to be the primary index nesting site in Grenada with a high of 1,143 confirmed nests laid by over 300 turtles in 2014. The tagging programme is ongoing and in 2005, PIT Tags (Passive Integrated Transmitters or microchips) were for the first time used in Grenada to help counter balance the incidence of external flipper tag loss in Leatherbacks. Thanks to these and traditional Monel flipper tags, we have now had confirmed tag returns from Tobago, Trinidad, St. Vincent, St. Lucia and from afar a field as Panama and Canada. 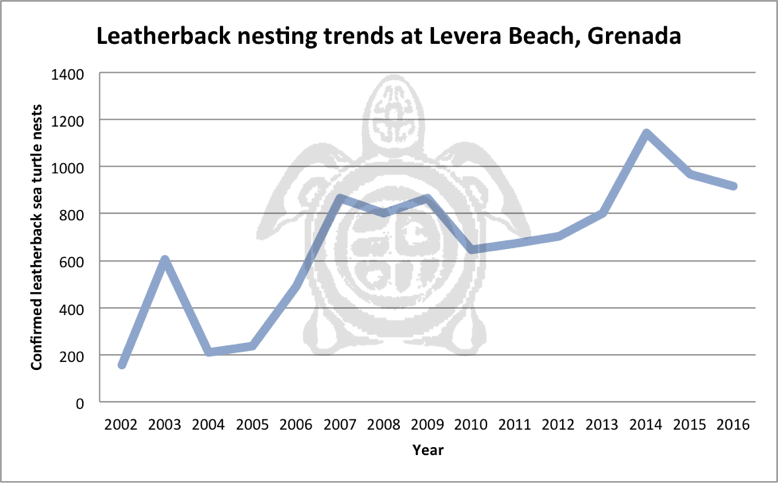 In addition to shedding light on the nesting population, the tagging programme also provided the basis upon which satellite telemetry studies were conducted in 2002 and 2003. For the first time in Grenada, nesting females were tracked away from their nesting beaches into the Atlantic and ultimately on to their cooler feeding grounds around the Canadian, British and West African coasts. The newly designed transmitters also recorded the diving profile of these animals recording phenomenal dives of up to 1.2 km in depth, making the leatherback the deepest diving reptile in the world. 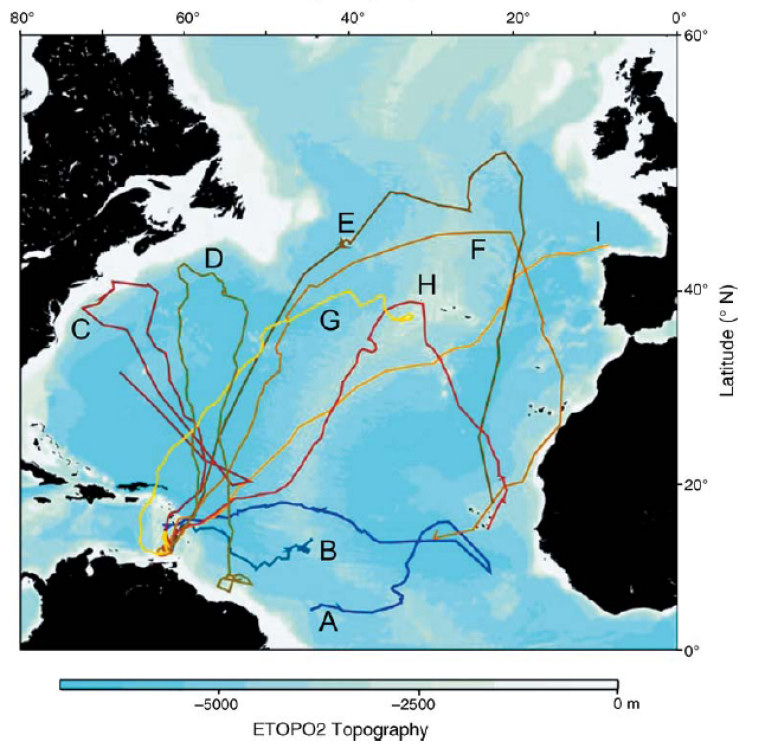 Back on Levera beach, nests are monitored for hatching activity and excavations are conducted to determine the fate of each egg and nest hatching success. In addition, the process of excavation has meant that hatchlings have been released from hatching complications that would have otherwise resulted in their death. 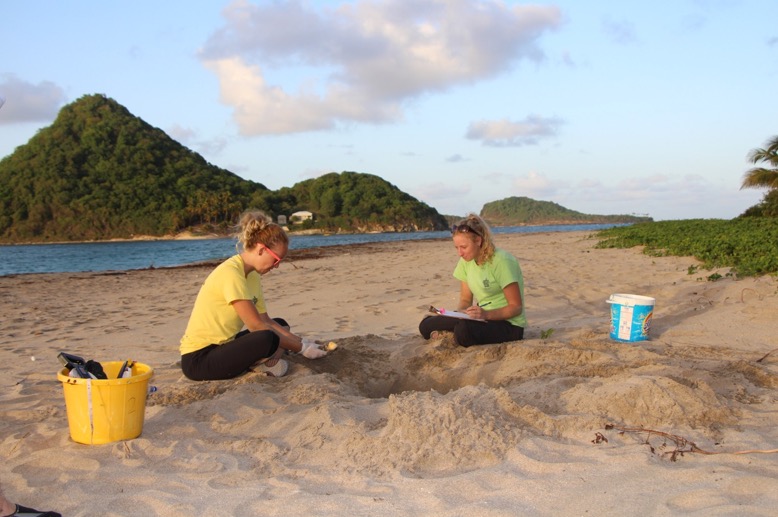 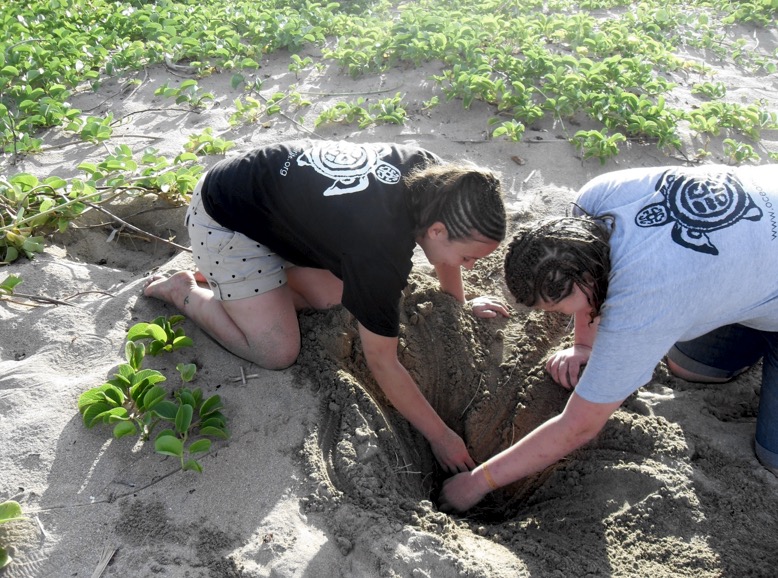 In 2003, Ocean Spirits conducted a preliminary investigation of the status of hawksbill nesting and foraging sites in islets to the north of mainland Grenada at Isle Caille, Isle Rhonde and La Tantes. This initial work allowed us to partner with the University of West Indies, (in Barbados) and The Barbados Sea Turtle Project to help build a genetic profile of the species in the region. Through support from Billion Baby Turtles and Oscar Montgomery Environmental Foundation the team have been able to provide varying levels of protection on our key Hawksbill nesting site since 2018. We are actively seeking funding to continue this important program and be present for the full nesting season to provide complete protection. 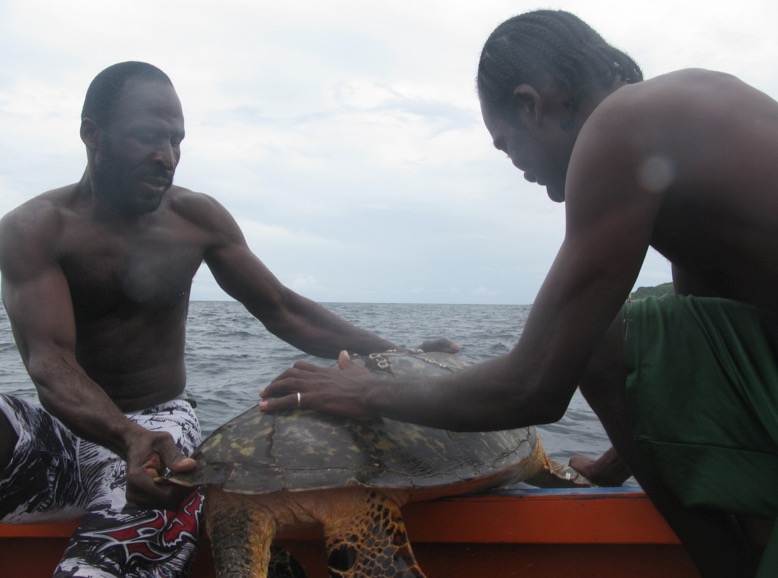